Some problems are so complex that the solution is beyond the reach of a single organisation. This is particularly evident in land management issues such as ferals, fire and weeds.

A Collective Impact approach can help organisations work together to pool resources and authority to mitigate such threats. Facilitating a shared vision, developing shared monitoring, continuous communication and backbone support is essential.

For decades the DP has burnt every year from mid to late dry season in intense wildfire conditions that decimate the aforementioned values. However, an initiative bringing key land managers together was established in 2015 and has had tremendous results – The Dampier Peninsula Fire Working Group (DPFWG).

Fire management on the DP is led by indigenous ranger groups of Bardi Jawi, Nyul Nyul, Yawuru; pastoralists (Country Downs, Yeeda, Roebuck Plains) and WA’s Department of Biodiversity, Conservation and Attractions. The Working Group is supported by Rangelands NRM and brings together the DP fire managers and all interested parties such as Kimberley Land Council, Main Roads, DFES and Sheffield Resources just to name a few.

Conservation Management through Stuart Cowell and Sam Bayley were bought in, together with Professor Sarah Legge, to help guide the group through a Healthy Country / Conservation Standards framework.

The framework allows for the aggregation of a variety of plans to ensure all stakeholders are on the same page when it comes to fire - Traditional Owner Healthy Country Plans (HCPs); Pastoral Property plans; species / issues-based plans; and State and Local Government agency plans.

From this, the Working Group agreed to develop and implement an annual Dampier Peninsula burn plan to reduce the occurrence of late season wildfires including annual planning and review sessions.

Four years, many workshops and many ranger days burning later, and the DPFWG has nailed its key objectives:

By the end of 2019, the proportion of the annual fire extent caused by wildfires (mid-late dry) season fires should decrease by more than a third compared to baseline (2004-15). 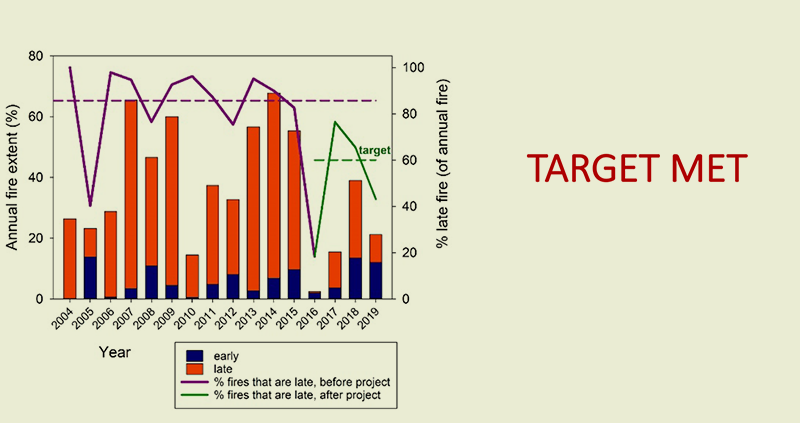 Objective: Animals don’t have to travel so far to reach unburnt habitat 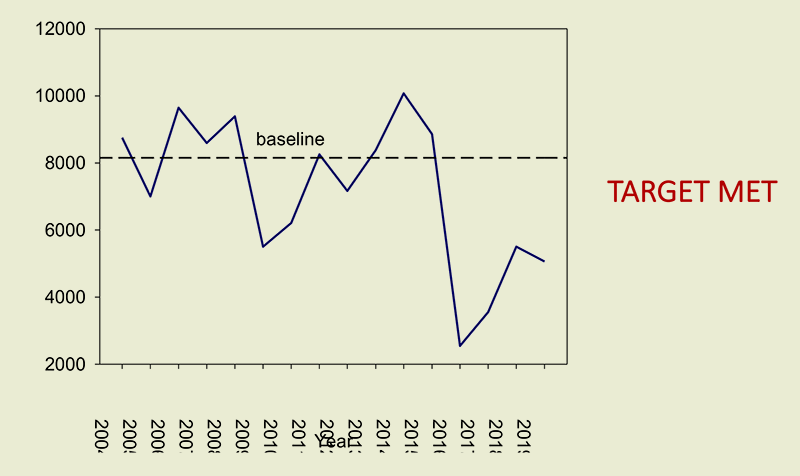 Objective: More older habitat is available for the plants and animals and plants that don’t like too much fire 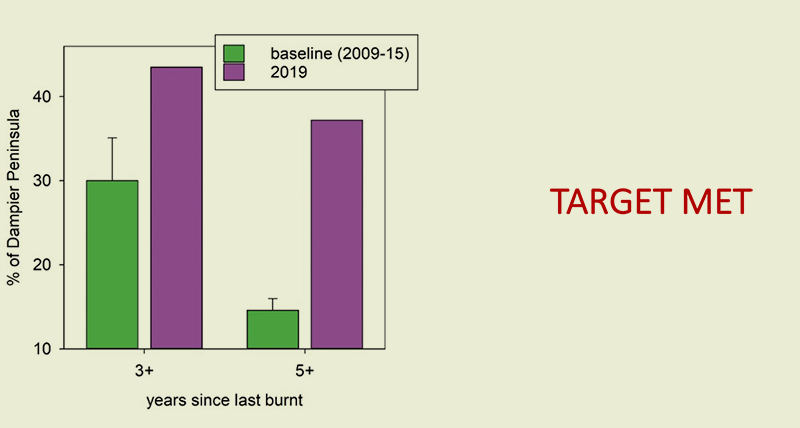 While much success has been seen, further work is needed to garner additional resources for increased aerial burning and training and development, and to implement a monitoring plan to report on the ecological and cultural outcomes of the fire management program.

The traditional owner groups of Jabirr Jabirr and Nimanburr have also recently had Native Title determined and may look to the group for fire management support.

We look forward to being part of this exciting and impactful project going forward and sharing our lessons learned with others. 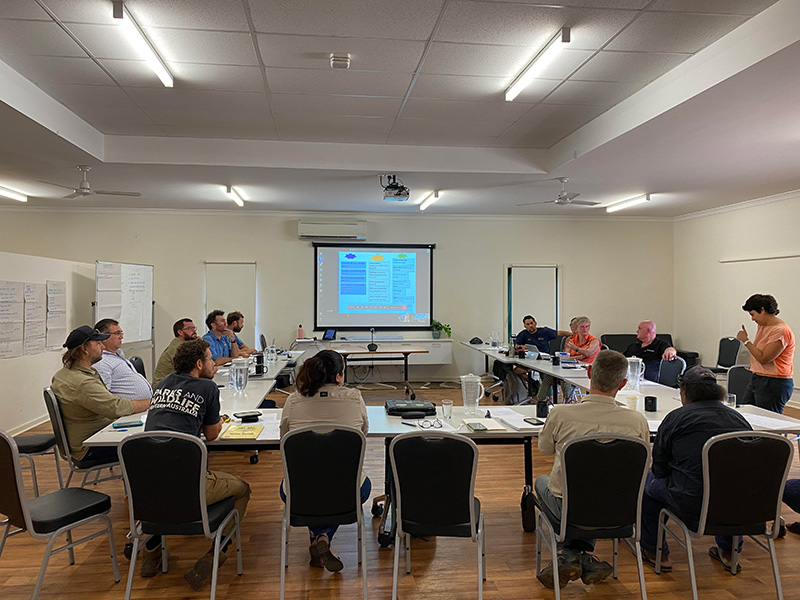